Our Referees Officer Harvey Newstead, 15, was recently informed by letter from Norfolk County FA that he had been nominated and had won a FA Community Award in the category for Norfolk County FA’s Young Volunteer of the Year Award! 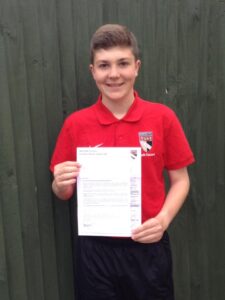 We are delighted as a League that Harvey’s hard work and determination over the last few years has been recognised and we hope that he continues his great work into the next season and inspires other young leaders in the county to volunteer, referee or coach.

Harvey has been volunteering for almost three years and reached over 1,500 voluntary hours last week. It all started for Harvey in 2013/14 when he completed his JFL course, he then went onto his first Football Futures camp in 2014 and started logging his hours in September 2014, and he had reached the milestone of 25 hours in February 2015. Through 2015 saw Harvey coach and referee. He was Chosen by Active Norfolk and Sports coach UK to attend a Norfolk Coaching Academy, after coaching a football team at school and coaching with the FA skills team. He also was refereeing the U7/U8 Development football games and officiated a charity game at Carrow Road and officiated cup finals. He then attended the Football Futures camp 2015 and had 150 hours completed!

In 2016 Harvey officiated in 6 cup finals, supported 4 JFL’s as a Football Futures ambassador, went St. George’s Park for the national CYC event and the RA Conference for a referee Development day and representing Norfolk FA. He also carried on is weekly coaching at school and with the FA Skills team this lead to two weeks with the Norwich City CSF team in the summer! 1,000 Voluntary Hours which was Harvey’s target after 250, was also hit during August 2016 after attending his third Norfolk FA Football Futures camp!

Harvey was also informed that he had been Selected in Norfolk FA’S CORE Referee development programme for the 2016/2017 season, and he was watched by FIFA assistant Referee Lee Betts during the preseason! And, as part of his referee development he now supports on the Referees courses ran by Norfolk FA.

This season Harvey joined the Norfolk FA Youth Council, and gained roles in the NCYFL and YRG these roles see him help develop referees in the county and support many events run in the county. His refereeing also progressed as he took charge of prestigious academy matches including Norwich vs Tottenham, Cambridge, Ipswich and Arsenal with a referee team. Harvey also qualified as a Futsal referee and started to go back into his primary school to coach after school which he will be doing more of when his exams are over.

This season Harvey has refereed many premier league events and had a trip to Swindon for a weekend of premier league futsal. Harvey has also experienced the big time as a guest for Bobby Madley’s game at Crystal Palace in February. To add to this, Harvey has been in talks with people from abroad with interviews and writing blogs for Dutch Referee- Jan Ter Hamsel. He has also been in discussions and now has a link with Spanish Club Real Oviedo, which is the club Harvey is a shareholder at, about working over there with the academy and first team coaches.

Lastly, this season Harvey finished on a high with two Norfolk FA County Cup semi-finals as assistant referee and also 12 cup finals as referee, assistant and 4th official which concluded his great season. All this has led to the nomination and award from Norfolk FA and Harvey now has a big summer in football ahead. 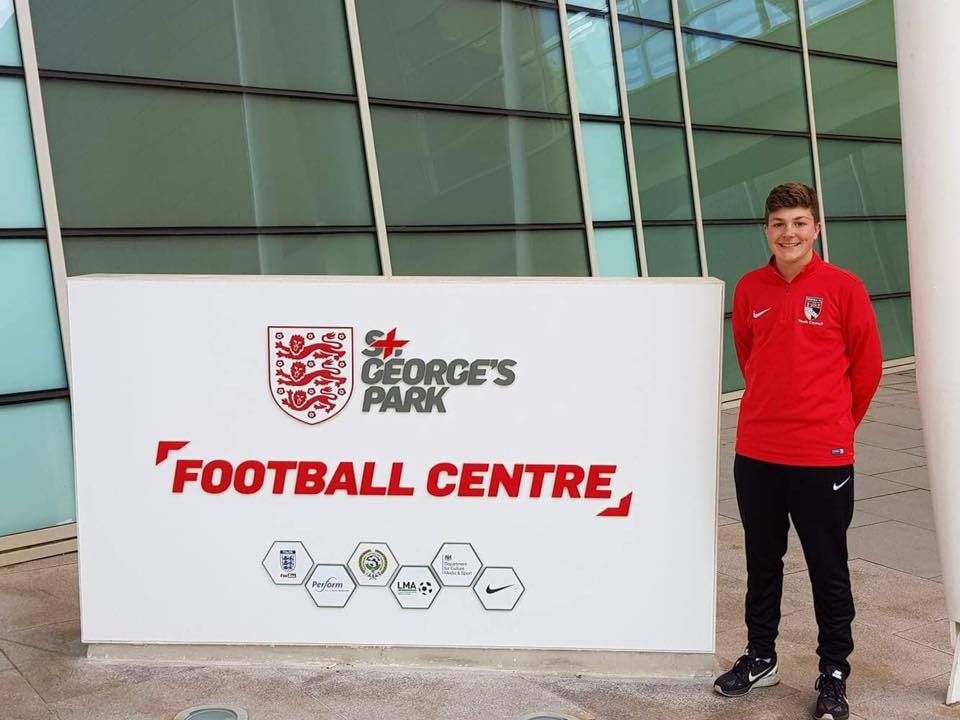 Through his volunteering he has attended many National FA events and conferences, met some key role models, inspirations and has met other young people with the same passion as him. Only recently Harvey attended the FA diversity Conference and Eve of Final Rally 2017 and met some of the world’s top match officials and he will be at St George’s Park next weekend representing Norfolk FA at a National Youth Council event.

Harvey said “I was delighted to have received a letter from County FA informing me of the award I had won”. The young volunteer also went on to thank everyone in football who has supported him and his Mum and Dad for their continued support in his life and he is now looking forward to collecting his award in August. He ended by saying “I look forward to more work in football which I’ll be doing in the future. I have loved the last few years in my journey and I hope I can inspire the next generation of volunteers, referees and coaches” We would like to congratulate Harvey for all his efforts and hope the hard work continues.